Before the Bengals, before The Banks, there were the breweries and the bourbon. 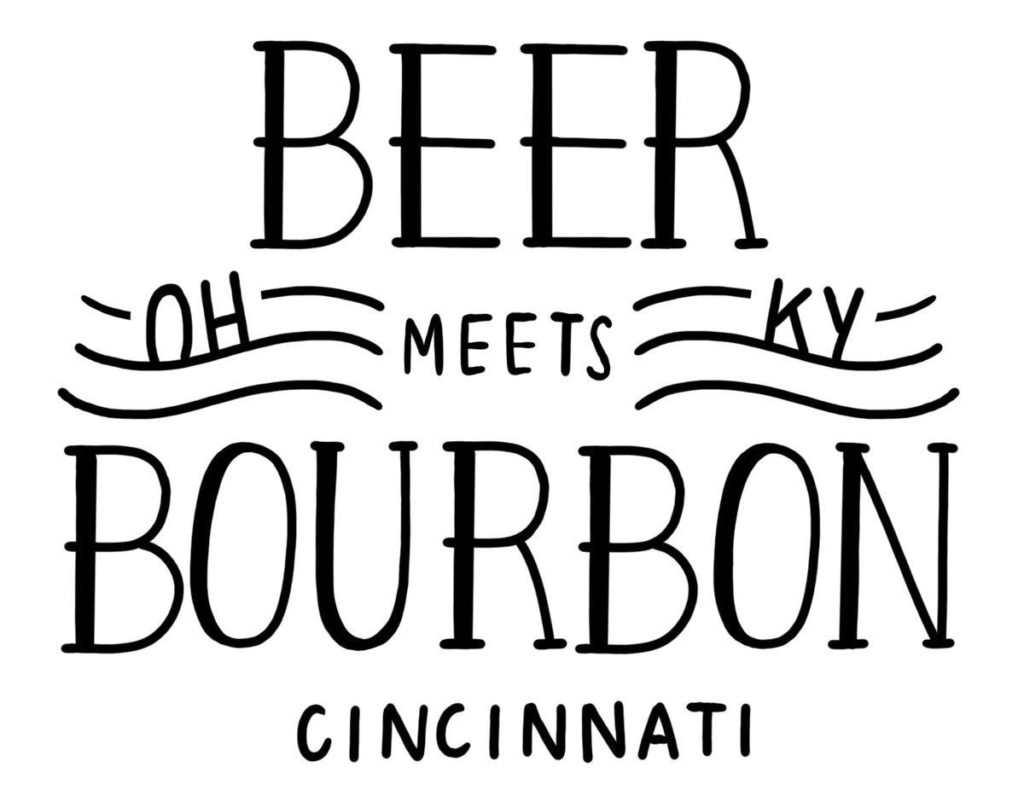 Cincinnati has seen an explosion in hometown beer manufacturing over the past few years, but it’s nothing compared to the gallons of suds that flowed through downtown more than 150 years ago when the Queen City was among the top beer producers in the world. By the mid 1800s, there were 36 breweries producing more than 30 million gallons of beer a year in the city! Just like our neighbors to the south in Kentucky are world-famous for their bourbon, Cincinnati is proud to celebrate the hops and barley that runs through our veins (and used to run under our downtown streets). 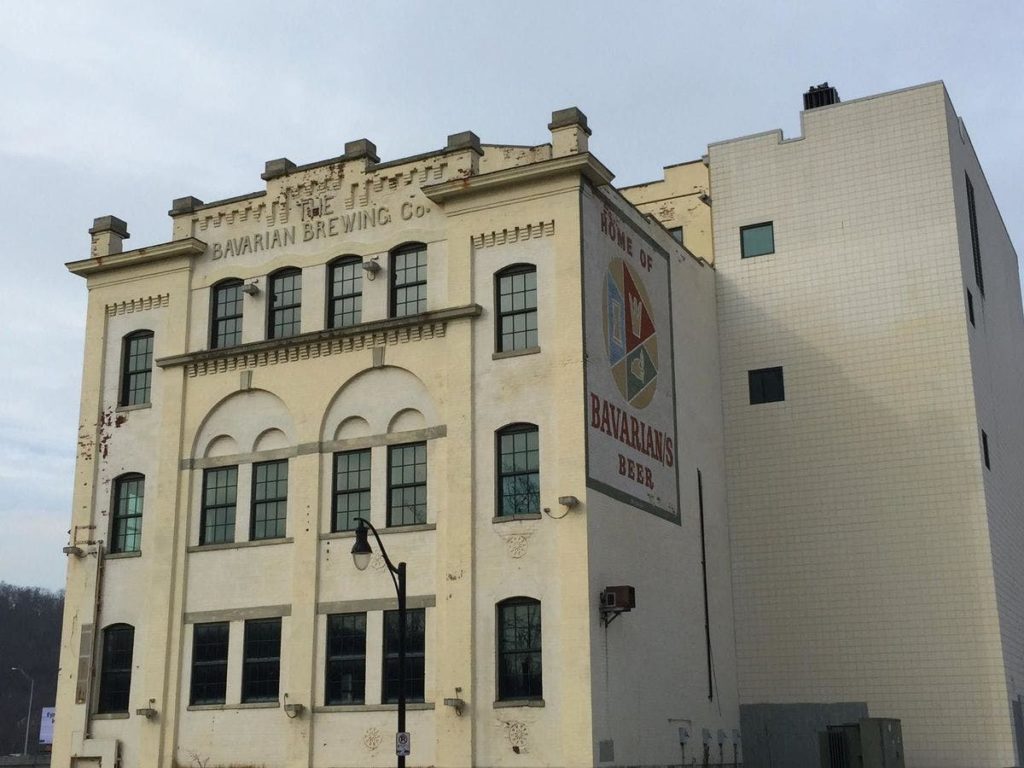 Brewery Heritage Trail
The 2.3-mile long trail takes visitors through Over-the-Rhine to a variety of stops that mark the city’s brewing history, including some old (and new) breweries, historical markers and even some long-abandoned underground caverns that were formerly used to store kegs of beer until they were served in the dozens of bars above them.

The urban walking trail also has a Brewery Heritage Trail app that allows beer aficionados to go on self-guided tours through OTR and tap into the historical significance of each stop, with some bonus stories you might not hear from your guide, as well as more photos and augmented reality experiences that you can only get with the app and self-guided audio tours.

The non-profit Brewery District CURC has been giving walking tours of brewery sites in Cincinnati since 2006. But with the launch of the Trail in 2017, beer aficionados can walk the talk on the first dedicated beer history trail in the country thanks three years and a $5.2 million investment in making the 5 mile downtown tour a one-of-a-kind experience. Among the tours offered:

Cellarman’s Tour: A 90-minute walk available all year, this one kicks off at the authentically restored 19th century Christian Moerlein Malthouse Tap Room, with stories of the hearty men who built and worked in the 19th century breweries — in often dangerous conditions — and the “Beer Barons” who built their fortunes keeping the bubbly stuff flowing. Among the highlights are a walk through the deep underground lagering cellars of the Schmidt Brothers/Crown Brewery before a trip back to the Malthouse for a complimentary beer.

Mishaps, Malfeasance and Murder Tour (March 3-4): If you like your lager with a bit of danger, check out this new offering, which tells the stories behind the beer, as well as the corruption, accidents and murder on the beer trail. The journey begins at Bockfest Hall and includes costumed reenactors and a trip to the subterranean Kauffman Brewery lagering cellars. Along the way you’ll hear plenty of stories of how beer workers, barons and drinkers helped make Over-the-Rhine one of the premiere brewing destinations in the country and, of course, you’ll get to sample a complimentary beer and take part in the unique traditions of the annual Bockfest.

Heritage and Hops: This year-round, four-hour walking and bus tour is a collaboration with the Cincy Brew Bus to tell the story of two centuries of Cincinnati beer making. After starting at the Moerlein Brewery, you’ll walk along the trail and visit the historic Jackson Brewery lagering cellars and hop on the bus to visit three other local craft breweries with behind-the-scenes tours of the facilities and, of course, a complimentary taste.

With segments and more than half a dozen tours that focus on everything from local history to broader stories of the city’s past and specific eras in local brewing, the Brewing Heritage trail has something for every hophead (or history junkie) on your list.

Kentucky Bourbon Trail
Just like Cincinnati is proud of its beer history, Northern Kentucky is equally bullish on touting its Bourbon past. Inspired by the intrepid first settlers of the state in the 1700s who learned that converting their corn and other grains to whiskey made it easier to get their crops to market over narrow, steep trails, the Bourbon Trail is a peek at the art and science of the state’s signature spirit.

Start in Northern Kentucky
Start your beer journey in Northern Kentucky, the new official gateway to the Bourbon Trail. Called the B-Line, your experience can center around three Kentucky Bourbon Trail Craft Tour Distilleries: New Riff Distilling, Boone County Distilling Co., and The Old Pogue Distillery. After-hours, create your own bourbon experience by heading to one – or all – of the area’s five bourbon-centric bars and four amazing restaurants that excel at the art of bourbon pairing.

Continue south of the state and learn how Bourbon County, Kentucky gave the spirit its name and how farmers used to ship the liquid gold in Bourbon County-stamped oak barrels down the Ohio and Mississippi Rivers to New Orleans, allowing the spirits to age and get their distinct mellow flavors and amber hue.

If you’re a true Bourbon fan, no Trail ride is complete without the official souvenir Passport, a free gift that allows you to collect stamps from all 10 distilleries on on the Trail (it can’t be bought, only earned by completing the Trail adventure). With a number of local companies providing safe transportation between the breweries, the Trail will take you from such relative newcomers as Angel’s Envy to the Jim Beam Distillery, Woodford Reserve, Wild Turkey, Maker’s Mark and Four Roses, as well as Bulleit Experience, Evan Williams, Heaven Hill, and Town Branch.

Historic Distilleries
If you’re going to do it right, the Trail should take you three days to visit all the historic distilleries (some are as close as eight miles from each other, while others are more than 70 miles apart), with a recommended 1.5-2 hours for each stop. Because fine Kentucky Bourbon takes its time reaching the perfect flavor, your three days can also mix in a visit to a classic horse farms, a sampling of local cuisine at Bourbons Bistro in Louisville and a stay in one of the larger cities or a quaint country town with a Bourbon-themed hotel or historic B&B like the Chateau Bourbon B&B.

The visits are either free or have a minimal admission fee, with some extended tours available for a fee, with no official route, though a handy trip planner is available here. It’s no wonder that Bourbon tourism has brought 2.5 million people from all 50 states and 25 countries to the Bourbon Trail over the past five years, helping to fuel a massive business that has created more than 9,000 jobs.

The Trail by Bicycle
And, if you’re really on the lookout for an adventure you can experience the Trail by bicycle, motorcycle or even horse, with the experts at the Bluegrass Cycling Club offering a safe route for cycling that takes scenic back roads with less traffic. If you do it right, you’ll learn about how Angel’s Envy uses port barrels to give their Bourbon its distinctive flavor, check out Bulleit’s iconic Stitzel-Weller facility outside of Louisville, fill up and label your own bottle of Urban Stillhouse Select at the new Jim Beam Urban Stillhouse in downtown Louisville and take the interactive tour at the Jim Beam American Stillhouse.

Along the way you can ride through the rolling hills of Marion County to visit the National Historic Landmark home of Maker’s Mark Distillery , where you can dip your souvenir bottle into their signature red wax and hear the romantic story behind the creation of Lawrenceburg’s Four Roses Distillery, housed in a unique Spanish Mission-style building and stop and smell the, yes, roses on the grounds.

Those are just a few of the one-of-a-kind experiences awaiting you on the Trail.