The Many, Many Movies Filmed in Cincinnati

The Cincinnati region is racking up film credits. 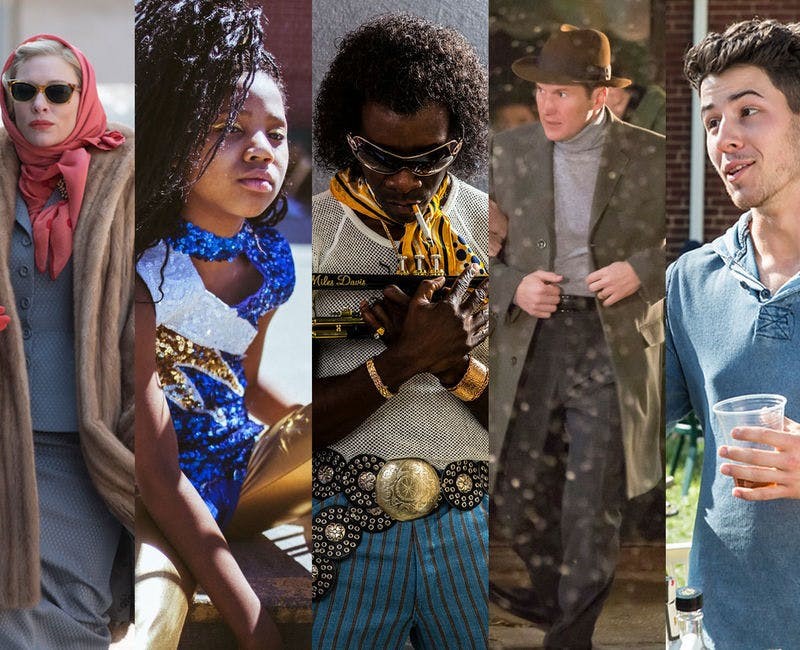 Your chances of glimpsing a Queen City landmark on the silver screen or seeing your favorite stars around town have increased. Since 1987, more than 50 movies have been filmed in Cincinnati with half of those filmed since 2005. Eight films in 2016 was a record-breaking year for movie-making in the city.

Tax incentives are drawing moviemakers to film movies Cincinnati in greater numbers, said Caitlin Jacobs, director of operations for Film Cincinnati, a nonprofit organization dedicated to attracting moviemakers to Greater Cincinnati and Northern Kentucky. But the region also is an attractive spot for filming because of its distinctive architecture — in movies such as “Carol,” Over-The-Rhine serves as a stunt double of sorts for 1950’s New York City — and the growing pool of technical and artistic talent to serve as crew members and extras.

And movie stars and directors also enjoy their time in Cincinnati. At the 2016 Sundance Film Festival, Emilio Estevez called the Cincinnati region “a magical place” and told reporters he hoped to one day move to Over-The-Rhine.

Estevez, who filmed “The Public” at the main branch of the Cincinnati Public Library in January 2017, is not alone in his Cincinnati love, Jacobs said. “So many people are pleasantly surprised when they come to Cincinnati by the food, the people, all the places to visit.”

While you’re waiting for the next big movie announcement, here’s five movies filmed in Cincinnati to watch to catch a glimpse of your favorite landmarks.

“Rain Man”
In the movie that woke up Hollywood to Cincinnati’s appeal, Tom Cruise and Dustin Hoffman drive a 1949 Buick convertible across the iconic Roebling Bridge. Keep an eye out for the scenery along Columbia Parkway, too. The Dixie Terminal Building at Fourth and Walnut streets stands in as a grand bank lobby.

“Traffic”
An appeals court judge, played by Michael Douglas, gets caught in a tangle of illegal activities after his daughter becomes an addict. While she scores drugs on McMicken and Vine streets in downtown Cincinnati, the judge is said to live in Cincinnati’s upscale Indian Hill neighborhood;, although, the scenes were actually shot in the city’s east side Hyde Park neighborhood.

“Carol”
A young shopgirl (Rooney Mara) has an affair with a worldly older woman (Cate Blanchett) in midcentury New York. The corner of 12th and Walnut does an admirable job as a bustling NYC street, and the stone restroom in Eden Park stands in as a Christmas tree farm visited by a fur-wrapped Carol. The magnificent Art Deco Hilton Netherland Hotel is the location for several restaurant scenes as is Arnold’s Bar, one of the oldest continuously operating bars in the country dating back to 1838.

“Marauders”
This was the film that first brought Bruce Willis to Cincinnati, and a return visit for another action movie, “Reprisal,” in Summer 2017. Cincinnati’s iconic skyline, the Roebling Bridge and Great American Ball Park all can been seen in the movie, which also stars Adrien Grenier. The characters roam all over Over-the-Rhine and even make a stop at Arnold’s Bar, which stands in for a location in…Mexico!

The Last 30 Years of Film in the Cincinnati Region

If you want to create your own Cincinnati film festival, here’s a complete list of movies filmed in the Cincinnati region:

2012
Seven Below – Vitamin A Films/Efish Entertainment

Hillary Copsey is a writer and editor enjoying all the exhibits, music, libraries and restaurants Cincinnati has to offer. Follow @HillaryCopsey on Twitter and Instagram.
*Updated in 2019.