The Birthplace of Bourbon Lies Just Beyond the Cincinnati Region

Old Pogue Distillery in Maysville is a trip back in time to the very beginning of bourbon culture in the United States. 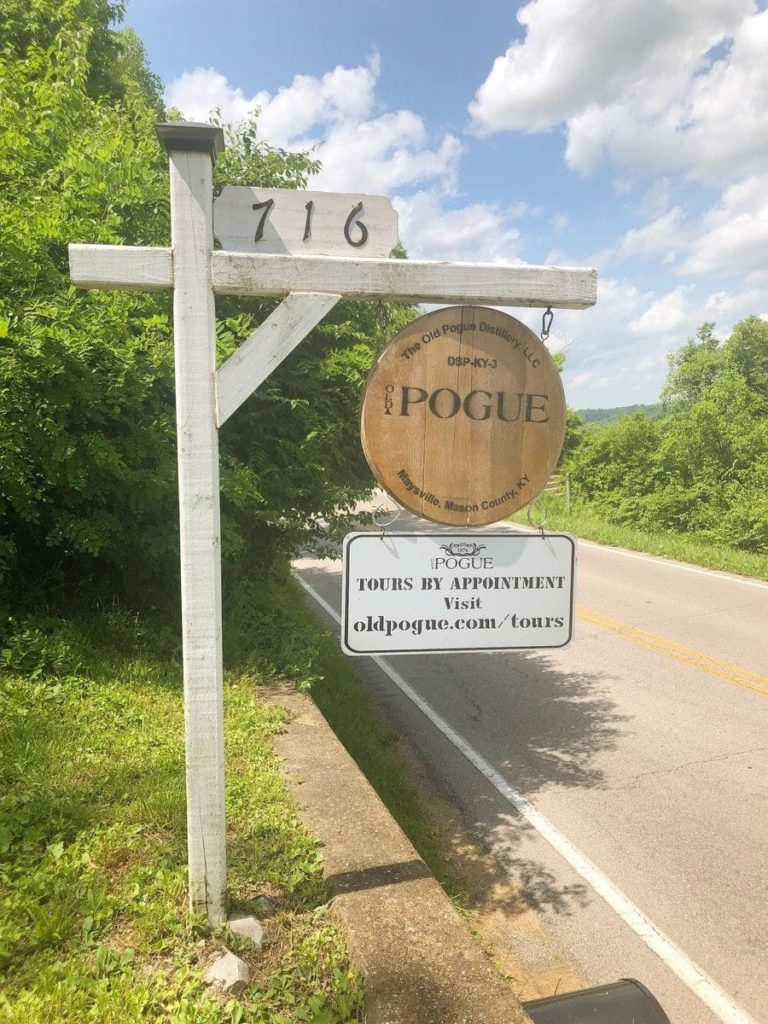 Bourbon is a way of life in the Cincinnati Region, so it’s no wonder that there are so many ways to experience bourbon country: There is the Kentucky Bourbon Trail, featuring household names like Maker’s Mark, Woodford Reserve, and Jim Beam; there’s the Kentucky Bourbon Trail Craft Tour, with boutique distilleries like Hartfield & Co. in Paris, Kentucky, and Willett Distillery in Bardstown, Kentucky; and the B-Line starts right here in Northern Kentucky–the gateway to bourbon country—with local favorites like New Riff Distilling.

Keeping company with this crew of handcrafted brands is The Old Pogue Distillery, located in Maysville, Kentucky, just an hour’s drive down the Ohio River from downtown Cincinnati. Old Pogue is one of the country’s oldest distilleries, holding one of the earliest existing registration numbers—number 3—for distillers in the state of Kentucky. 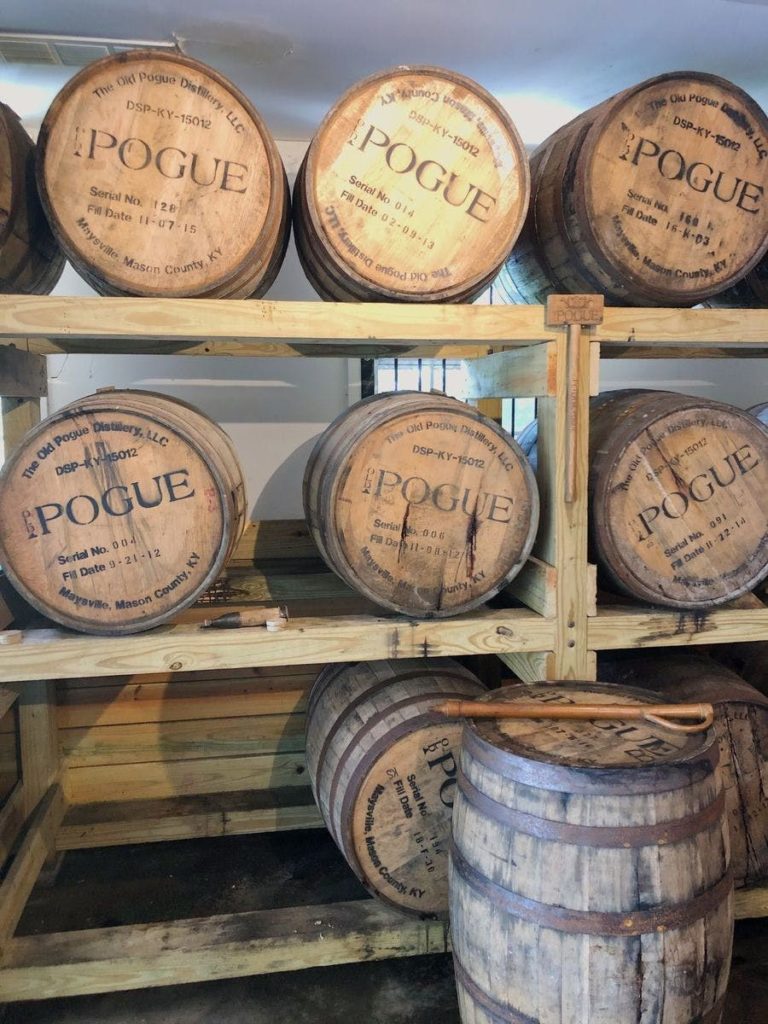 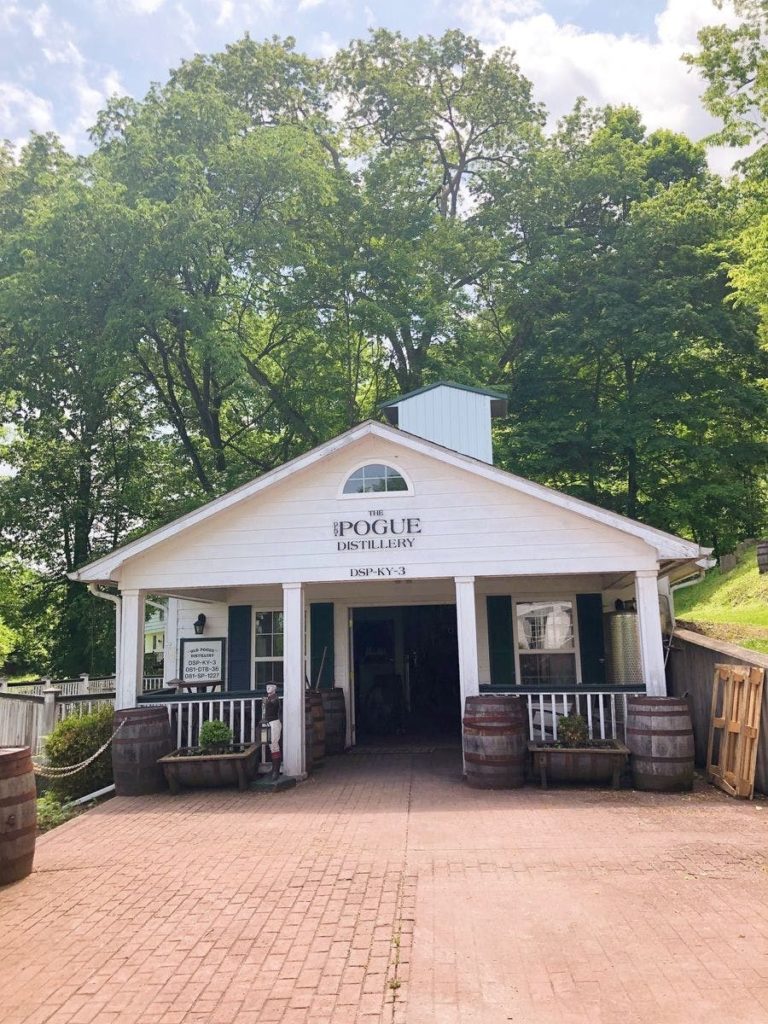 The Pogue family has been distilling fine bourbon on the property since 1876. At the height of production, Pogue’s operated multiple warehouse buildings right on the railroad tracks that follow the Ohio River, sending thousands of barrels of bourbon up and down the river and putting Kentucky on the global map. In 1919, Prohibition effectively shut down all new bourbon production. After many fits and starts selling off stock “for medicinal purposes” and dabbling in the airplane fuel industry, the Pogue family left the business in 1963. Ten years later, a fire levelled the distilling buildings and the Pogue story seemed like it was coming to an end. But family members still sipped on the old homemade bourbon that was left and dreamed of bringing back the brand. 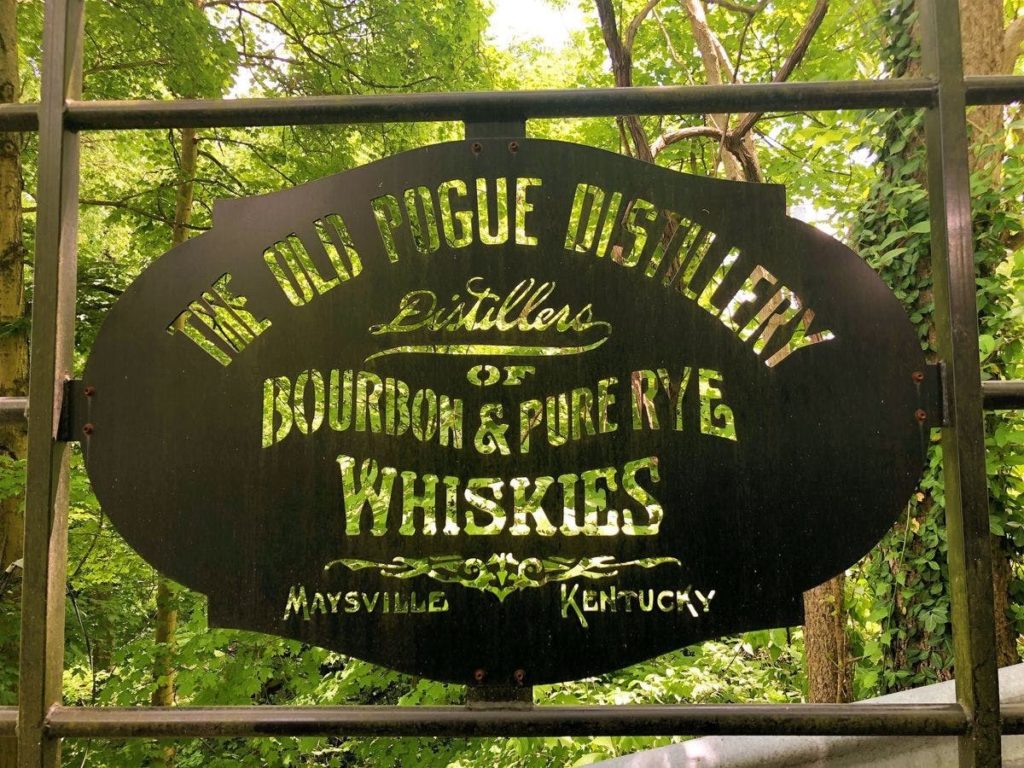 The family returned in 2004 to officially revive the Old Pogue Distillery using original ingredients and recipes. Old Pogue is now owned and operated by the fifth and sixth generations of the Pogue family. 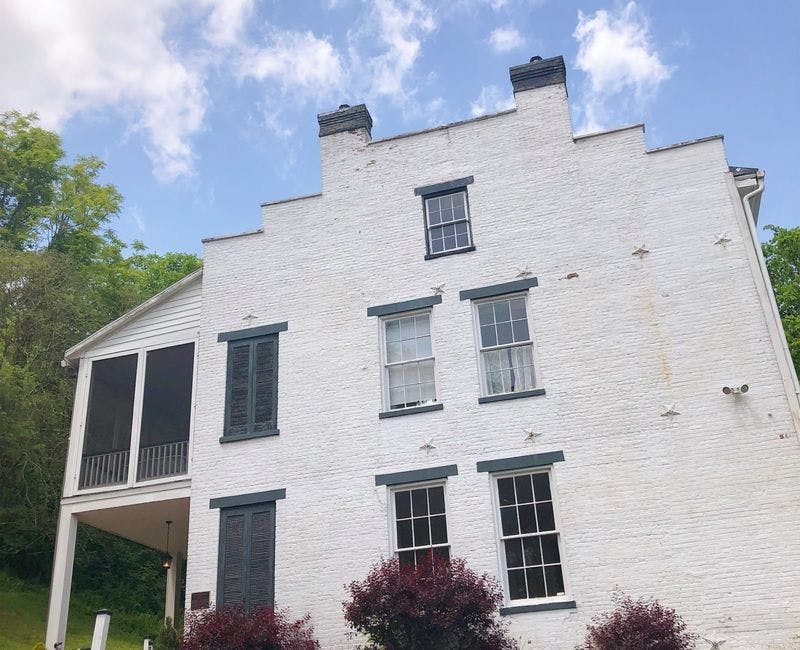 The original Pogue home, built in 1845

Old Pogue whisky is only available in Kentucky, Illinois, and New York and is often very limited in supply. The best way to experience it is to take a tour of the original Pogue home, built in 1845, and the updated distillery. 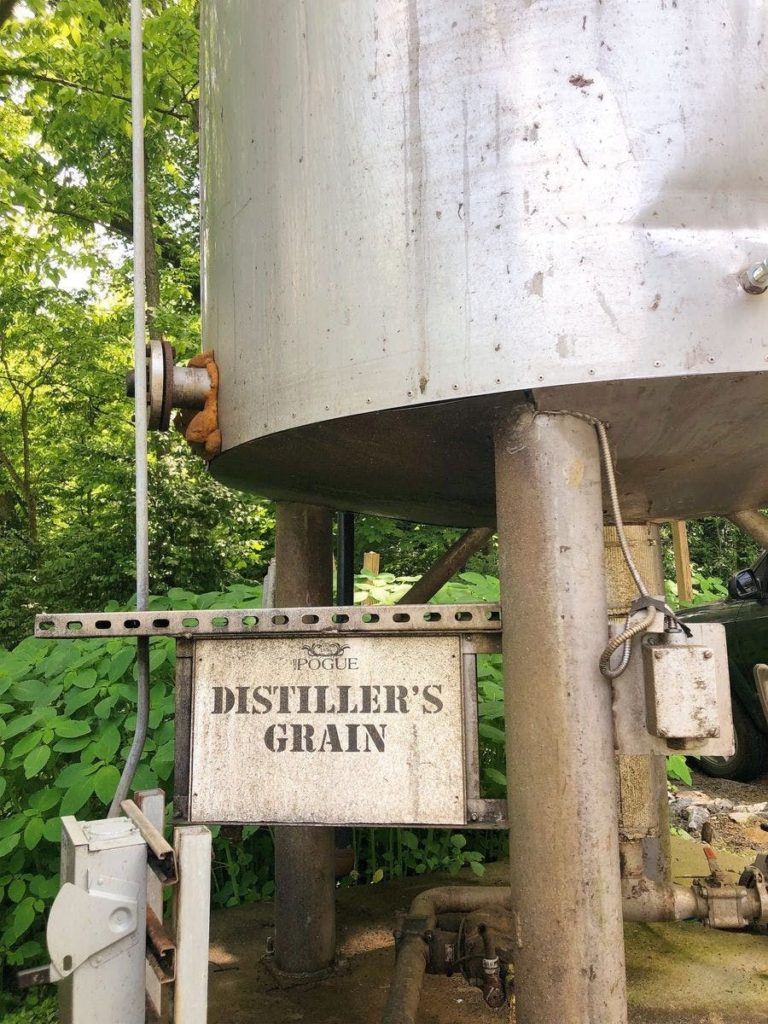 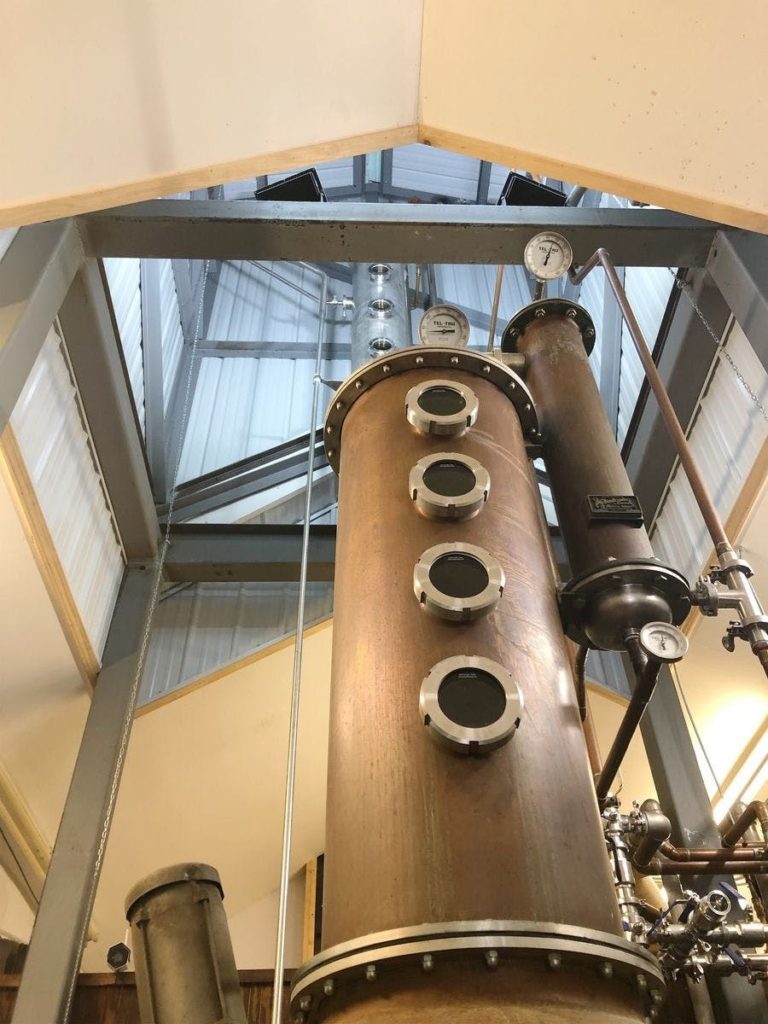 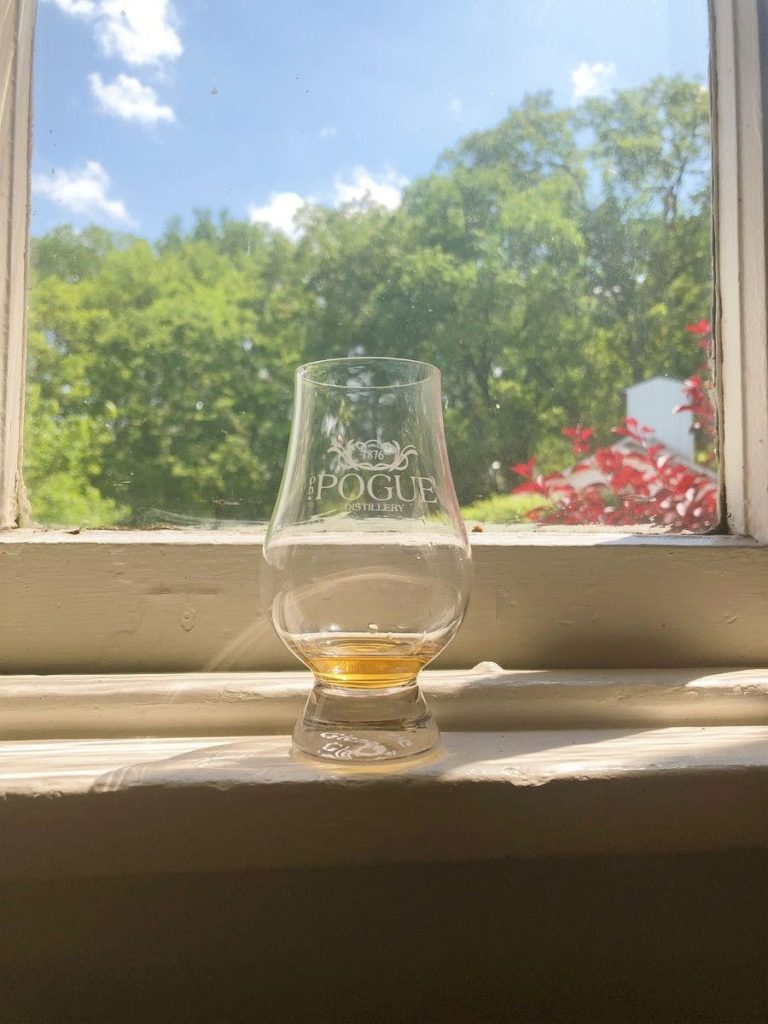 Old Pogue is open to the public for tours, by appointment only. Reserve a spot at oldpogue.com/tours

The Birthplace of Bourbon

Most active bourbon distilleries are located throughout central Kentucky, but Maysville, just across the river from Ripley, Ohio, has a claim on the origin story of this beloved spirit. Kentucky became a state in 1792, and the Maysville area had previously been known as Old Bourbon County, located in what was then Virginia. Whisky distilled from corn mash started appearing downriver from Maysville, and it quickly became known as “bourbon whisky.” 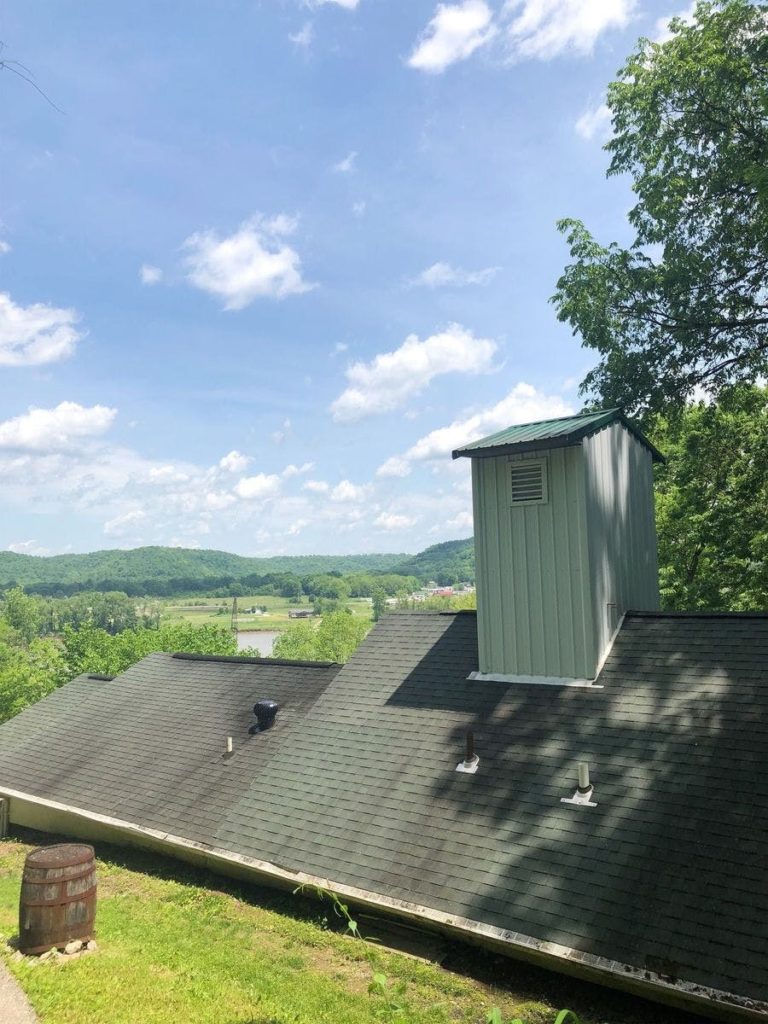 The entire state now identifies with the spirit, and whether you start your bourbon country tour in Northern Kentucky or road-trip down to Maysville, the Cincinnati Region is the ideal home base for your trip through bourbon country.