MORTAR is on a mission to put Cincinnati on the map as a city where entrepreneurial success is accessible to everyone.

MORTAR is paving the way for underserved entrepreneurs.

On any given weekend, the streets of Cincinnati’s revitalized Over-The-Rhine (OTR neighborhood are buzzing with activity. New bars, restaurants and shops have turned the area into one of Cincinnati’s trendiest hangouts. Yet, those attracted to OTR’s offerings may forget about the community of people, largely a population of low-income African American residents, that have long called it home.

MORTAR, a local start-up born out of the need to build communities through entrepreneurship, is bringing that issue to the forefront. Its mission is to lift communities by creating ecosystems for underrepresented entrepreneurs and providing training, access to mentorship and crucial connections.

With over 160 jobs created in just three years, MORTAR is quickly making its mission a reality, and not just locally. The organization has earned national attention with a feature on NBC’s Nightly News with Lester Holt, had two of its founders named Forbes 2016 30 under 30: Social Entrepreneurs and received the prestigious Echoing Green 2017 Social Entrepreneurship Fellowship.

Watch for more background on the organization:

We recently caught up with co-founders Allen Woods, Derrick Braziel and William Thomas II for a passionate conversation about MORTAR’s beginnings, how it’s giving community members the chance to be a part of neighborhood development, and why this support is so important.

How did you come up with the idea to start MORTAR?

Derrick Braziel: I first moved to Cincinnati in 2013 from Indianapolis after William convinced me that Cincinnati was the place to be. We were colleges roomates up at Wittenberg University. His passion for the city was almost ridiculous at the time, in fact he called himself “Mr. Cincinnati”.

William Thomas II: I got 513 tatted on my ring finger. Married to the city!

DB: He was right. I love calling Cincinnati my home. When I first moved here, William and I spent a lot of time in OTR. He was introducing me to the city and what was happening in that community, and we realized that on our way to the different bars and establishments we would pass by people who looked like us, but when we walked into those establishments, that dynamic shifted. In our opinion, longtime residents weren’t being invited in enough to take part in the change happening in the neighborhood. We thought: We should change this. We can change this. Let’s become the link that connects residents with great ideas, provide them some training and access to resources, and ensure that next time there is an opportunity, they too have a chance to participate. 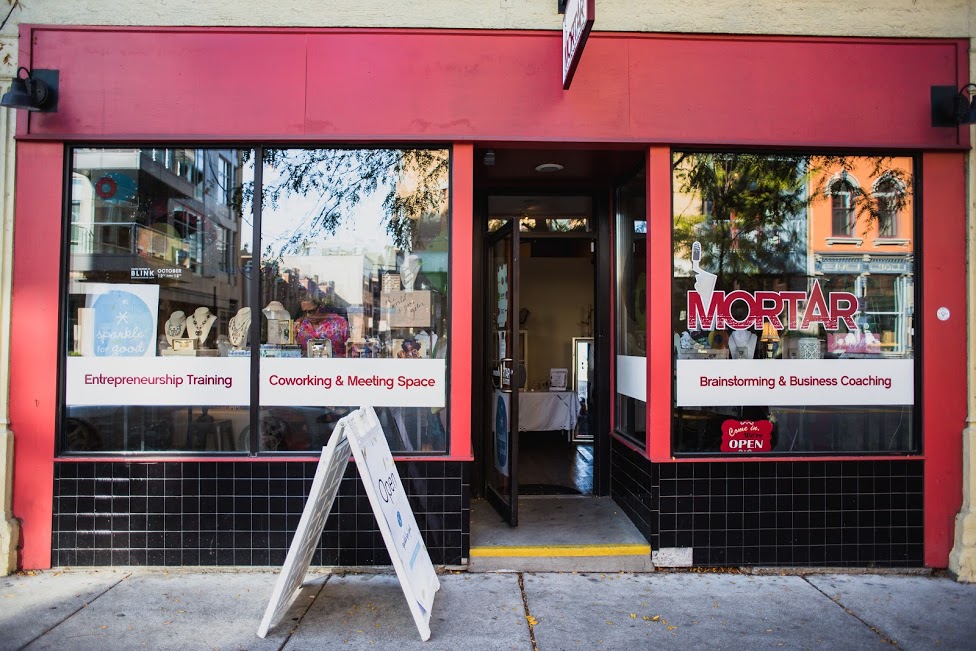 How did you first get the organization off the ground?

WT: In 2013, we went out on a limb and decided to enter a pitch contest called Fuel Cincinnati. It was just Derrick and I. We entered it under a terribly boring name, like OTR Entrepreneurship Program, and put together a few PowerPoint slides.

Allen Woods: That’s because I wasn’t on the team yet!

WT: Right. We needed Allen and his design skills. The event was held at Rhinegeist Brewery – it was still brand new at the time. We were nervous during our pitch and couldn’t believe it when we won the grand prize of $2,500.

DB: We used the winnings to purchase our entrepreneurship curriculum and training from a cool group out of Tennessee called Launch Chattanooga. We were lucky to link up with Allen Woods and bring him onto the team. We negotiated a great lease on an office and pop-up space right in the heart of OTR on Vine Street, recruited people and held our first class. We gained a lot of momentum very quickly.

WT: It was crazy though. We would hang out in the office all the time when we were first getting started and as soon as we put signs up on the doors, we would have people coming in and asking, “How do I apply? I’ve always wanted to this or that but didn’t know where to start.” Seeing these same people successfully launch and now run their own businesses has been so incredibly humbling.

And we can’t thank the community of supporters, family and friends who rallied behind us to make this happen enough. We’re now getting ready to kick off our 13th class, have expanded outside of OTR into five additional Cincinnati neighborhoods and spend a good chunk of time traveling around the country speaking about equity, entrepreneurship and helping other organizations pilot our program.

So Allen, you helped them on the creative side. Why the name MORTAR?

AW: We felt like we were building people up. We were talking and thought: Ok, you need both the brick and the mortar to build. For us, mortar represents the people, and the brick represents the physical spaces. You can have cool buildings and cool spaces, but you need the people to hold everything together. That’s why our pop-up storefronts [one located on 1327 Vine Street in OTR is called Brick.

How do you sum up MORTAR’s mission?

WT: To build communities through entrepreneurship. At the end of the day, we are working to remove barriers that typically exist for disadvantaged and underserved entrepreneurs. We do this through our 10-week business training program, our pop-up shop space, workshops and community partnerships. We provide support to those already running businesses in the neighborhood that need a boost to compete with new businesses moving in. We wake up everyday thinking about how we can remove barriers.

DB: We have a fundamental belief that we are surrounded by genius. People have inherent creative ideas and potential. What we hope to create is a city where people that are traditionally operating on the fringes, maybe because they have a criminal record, are low-income or, look, sound and behave differently, know that Cincinnati is for them too. That this is city where everyone can make their dreams come true.

You’ve mentioned the idea of dreams several times. What is importance of this word to you?

WT: Ask someone about a dream that they have and watch as their whole energy changes. They get animated, become confident. They’re excited and energized. That’s when you’re able to get people behind your idea. When folks start dreaming again, that’s when I really believe anything is possible for individuals and for the city.

AW: Exactly. And when people have dreams in a neighborhood and they don’t see anybody who looks like them achieving those dreams… Well, sometimes those dreams start to die down and become doubts. Communities that dream and see other people being successful are encouraged to continue to pursue and; realize their potential. 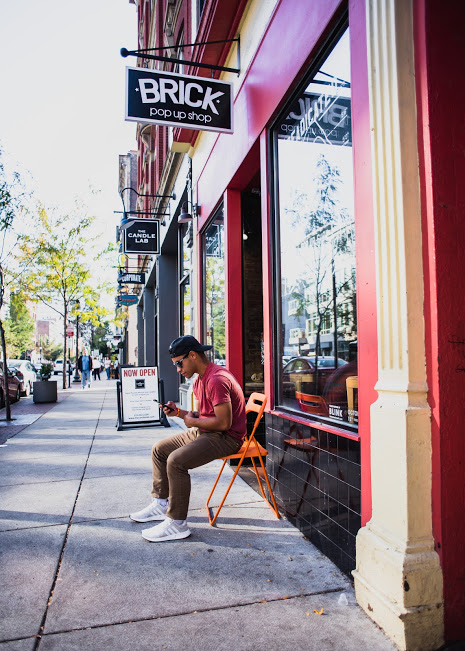 How is MORTAR making a difference in Cincinnati?

AW: Cincinnati doesn’t have the pressure of say a big city like Chicago or LA to be a certain way. It gives us the ability to test things out, and if they don’t work, it gives us the chance to fail fast and continue to grow. We are creating and crafting our own identity every single day here in Cincinnati, and we are welcoming of other people who are coming on that same mission to come into the city and contribute what they can. We are all adding our different paint strokes to make this picture.

WT: More cool merchandise – that’s important. Taking our program into more and more communities. Celebrating, encouraging and mentoring all of our grads to date. And a lot more dream-making! We’re just getting started.

Fernanda Crescente is a Brazilian turned Cincinnatian. Her work has been featured in USA TODAY, the Cincinnati Enquirer and WCPO-TV.