Cincinnati Ranks In the Top 20 For Most Immigrant-Friendly U.S. Cities

New American Economy recently ranked Cincinnati as one of the most immigrant-friendly cities in the U.S. We talked to the organization that helped us get there and to some of the newly arrived Cincinnatians who are making that dream come true. Find out what makes Cincinnati one of the best cities for immigrants.

Cincinnati was built by immigrants, and that tradition continues today. According to a recent ranking from New American Economy (NAE), a New York-based bipartisan research and immigration advocacy organization, Cincinnati is the #18 most immigrant-friendly city in the U.S.

The study measured the impact immigrants have on the nation’s biggest cities and how well immigrants are integrating into their new homes. It uses metrics such as homeownership rates and what supports are in place for newly arrived entrepreneurs. The results placed Cincinnati as the top major city in Ohio for immigrants, with the third-highest score in the Midwest; Cleveland came in at #64, Columbus at #70.

The NAE study was launched in September 2018 as the first-ever comprehensive look at immigrant integration in the nation’s top 100 cities. “We looked at both the local policy landscape and socioeconomic outcomes for immigrants as they compare to U.S.-born [citizens],” says NAE deputy director of state and local initiatives Rich Andre, who adds that Cincinnati is notable among the cities on the list for looking at immigration as an economic and moral imperative. Andre says Cincinnati thinks of welcoming immigrants as the “right thing to do […] Communities like Cincinnati see immigrant integration as a means of better attracting and retaining both immigrant talent and people overall.”

Why did Cincinnati rank high for immigrants?

Andre was not surprised that Cincinnati ranked so highly, explaining that NAE has worked with the city since his organization’s founding in 2010, building a particularly strong relationship with the Cincinnati USA Regional Chamber. He also shouted out the excellent work done by Cincinnati Compass, a collaborative project between the Chamber, the City of Cincinnati, the University of Cincinnati, and more than 60 community partners working to welcome and help integrate immigrants.

Cincinnati is one of the best cities for immigrants

Clara Matonhodze Strode, 42, knows first-hand what Andre means. The Zimbabwe native and founder of the one-woman integrated marketing agency Multicultural Solutions moved from Philadelphia to Cincinnati in the early 2000s to attend Northern Kentucky University and says that she had a hard time at first figuring out where she fit in, but now sees the efforts of groups like Compass paying off in a big way. “I’m really surprised by how far Cincinnati has come and grown to be an international city of sorts,” she says. “Mostly because of the top-notch institutions here which attract top talent, but also because of the effort by the City to make it welcoming and go after that during a time when it was not the most prudent thing to do.”

While she had already found her multicultural community before Compass began its efforts in 2016, Strode was elated when the organization reached out and asked her to be a partner in “the very initial stages of discussions and brainstorms about what a welcoming Cincinnati would look like. I love what Compass is doing and can’t wait to see its effect on the City.”

Andre says Cincinnati’s impressive 3.48 (out of 5) overall score on his group’s assessment is a testament to that strong local government leadership in attracting and recruiting immigrant staff, partnering with immigrant organizations—and successful immigrant entrepreneurs like Strode—to provide funding and welcoming initiatives. “Compass is trying to break down those barriers that immigrants face of coming to a new place and not knowing how to orient yourself and access services. The work they’re doing is to simplify that and make that information readily available so that it’s easy for a family to come there and put down roots and feel at home, start a family and maybe start a business and have it be a place they decide to stay.”

With competition for talent fierce across the country, especially in the Midwest, Andre says the efforts by the Chamber and Compass have really given Cincinnati a leg up over its neighbors. Andrew Lim, NAE’s Director of Quantitative Research, adds that the city’s affordability is another huge factor in drawing the kind of young professionals that are in high demand across the nation.

“The combination of affordability and cosmopolitanism is key. But immigrants are also drawn to cities where they can buy a home and have space and raise children,” he says. Compass’s work has been so vital, he notes, that other cities in Ohio and Kentucky have tried to study best practices to learn why so many immigrants want to move to the city and how they can learn from Cincinnati’s success.

Easy for Immigrants to Adjust

One of the best examples is Olga Yurovski, a 42-year-old married mother of two who moved to the U.S. from Ukraine in 2001 and to Cincinnati in December 2007 from Lexington for a job at Conagra Brands’ Mason office. She first connected with the Russian-speaking diaspora in town through an online discussion group for women with young kids called “Russian Playdates.” Through the group, Yurovski found other local resources such as the Russian Educational Center Bookvarel in Mason, as well as Russian hairdressers and Eastern European grocery stores, doctors, and attorneys. 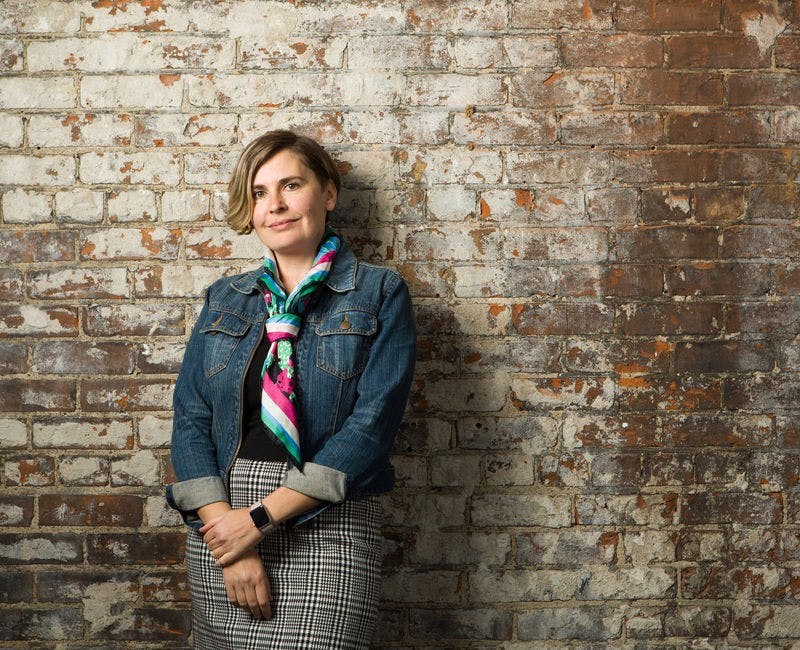 “Our subdivision was very welcoming and embracing of newcomers,” says Yurovski, who founded the software company Shopperations. “Neighbors across the street helped us dig our car from snow during a blizzard. We were invited to chili cook-offs, Halloween parties, and game nights. The demographic of our neighborhood was perfect; there were many families with kids of the same age as ours.” Once she branched out from her suburban home, Yurovski discovered the #StartUpCincy community at Union Hall in downtown’s bustling Over-The-Rhine neighborhood.

Says Yurovski: “I witness a lot of vibrant diasporas, many employers who recruit worldwide, world-class colleges who attract foreign students, immigrant-friendly government, affordable cost of living, and diverse selection of neighborhoods. Anyone can find a place where they can belong.”

As immigrants who have moved here will attest, Cincinnati is one of the best cities for immigrants to live in. If you are an immigrant looking for an affordable and welcoming city, come check out Cincinnati. We’d love to have you!

If you are interested to learn more about why Cincinnati is such an inclusive city, check out out our Diversity and Inclusion page.